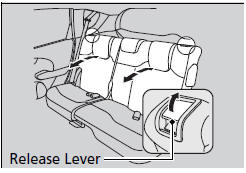 Pull the lever on the right to change the angle of the right half of the seat-back, and left for the left half.

Folding Down the Rear Seats 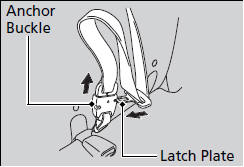 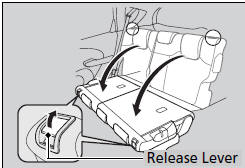 2. Pull the release lever and fold down the seat-back.

The rear seat-backs can be folded down to accommodate bulkier items in the cargo area.

Never drive with a seat-back folded down and the tailgate open. 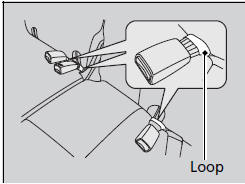 Separately lift up the left and right halves of the rear seat cushions to make room for cargo area.

■ Lifting up the seat cushion

1. Make sure the seat belt buckles are in their loops on the seat. 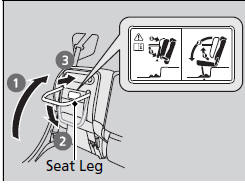 2. Pull up the rear seat cushion.

4. Push the seat cushion firmly against the seat-back to lock it. 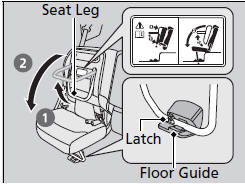 ■ Putting the seat in the original position

1. Hold the seat cushion in the upright position, and pull up the seat leg fully.

► The seat cushion can abruptly fall down once you pull up the seat leg.

2. Slowly put down the seat cushion and set the seat leg in the floor guide.

► A latch comes out when the leg is set properly.

After you fold the seat up, or put it back in the original position, make sure the seat is firmly secured by rocking it forward and back.

Using the Touch Screen
Touch a character or icon on the screen to select it. ►Select Delete to remove the last entered character. ►Select Shift to display accented and upper/lower case characters. ►Sele ...