If any electrical devices are not working, turn the ignition switch to LOCK (0 and check to see if any applicable fuse is blown.

Fuse locations are shown on the fuse box cover. Locate the fuse in question by the fuse number and box cover number. 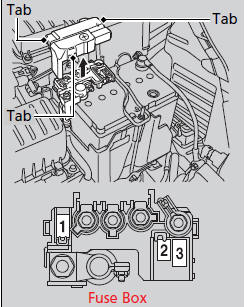 Pull up the cover by pushing the three tabs as shown.

Replacement of engine compartment fuses should be done by a dealer. 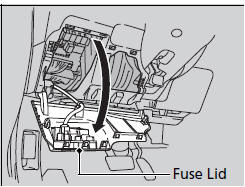 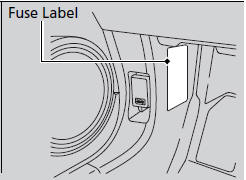 Fuse locations are shown on the label on the side panel.

Locate the fuse in question by the fuse number and label number. 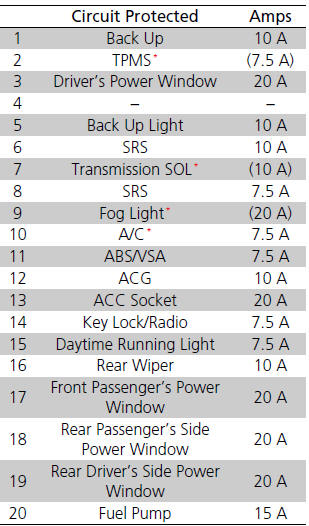 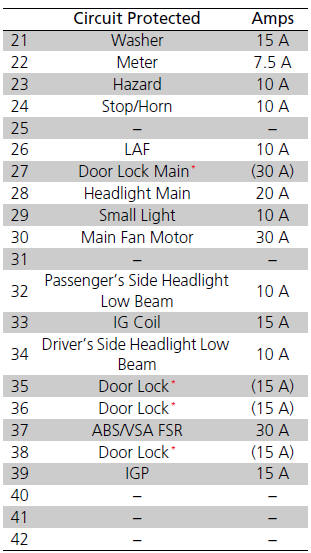 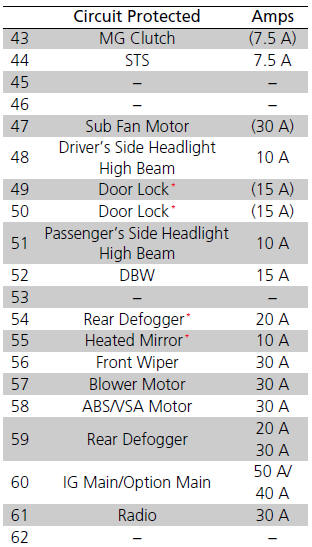 Coolant Replacement
Wait until the engine is cool, then carefully remove the radiator cap. Remove the splash shield. Loosen the drain plug (A), and drain the coolant. Rem ...